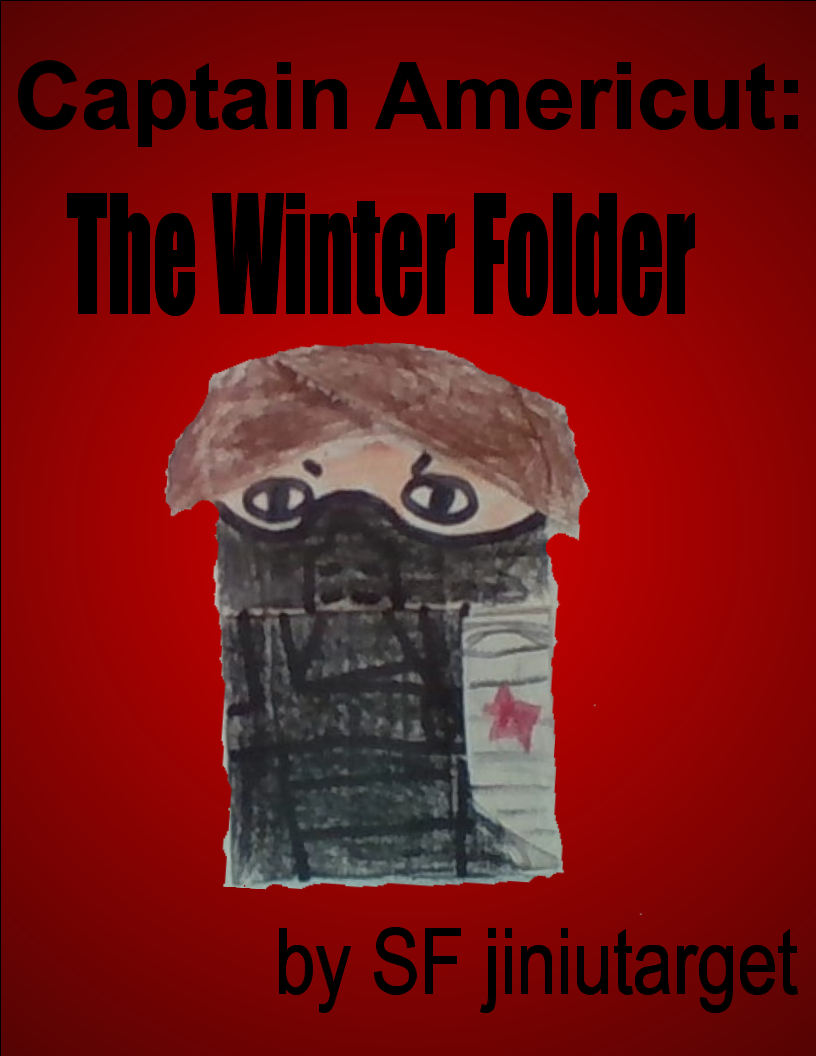 So I was just sitting in class, listening to Mr. Rainey ramble on when I had a flashback. Well, it wasn’t really a flashback, I was just thinking about middle school. I remembered my former best friend, Will. He was a grade older than me. He got hurt in a car accident and had to move to another school where there was a better hospital. I miss him a lot. He was an origami master. He was like the big brother I never had. That day, when I went home, my mom was waiting for me on my bed. “Sweetie, do you remember Will?” I nodded. “Well, he’s transferring to Kirby next week.” Will! Here! I can’t wait for him to come.

Today was the day that Andy has been talking about all day. We stood waiting right in front of the doors when an SUV pulled up. Andy almost exploded with excitement. “Will!”
A teenager with black hair walked out. “Hey Andy, how you doin’?”
“Awesome!!!!” He pulled out his Captain Americut.
“Check him out! I folded him.”
“Cool! I just remembered this guy” Will said and pulled out an origami Winter Soldier. “I call him the Winter Folder. I made the arm out of aluminum foil.”
We introduced ourselves and gave him a tour of the school. He seemed like a nice guy. He promised to show me how to make an origami iron man with gold foil.

J sat in the chair. She had just finished listening to him “The Winter Soldier you say? I think I can find a job for him”

So I’m writing these ‘Case Files’ right now that Andy told me about. So apparently there are two schools practically right next to each other. They have like a big rivalry goin’ on because of Stan Lee. At first, I didn’t believe him until he showed me that section in one of Stan’s autobiography. (I mean, who won’t?) Stan had an origami called Captain Americrease, which my bro Andy sort of inherited. Of course, he being Andy, renamed it Americut. Anyway, I really enjoyed the classes and the origami club. I like it here.

So we were just walking in the halls when Jameson smashed into me.
“Bro, what’s the big deal???”
“Just the fact that you exist!!!” He sneered and threw a punch at me. Fortunately, Jack was walking to his Spanish class and saw Jameson attacking me. He pulled out Winter Folder and tackled Jameson to the ground.
“You okay?” he pulled me up.
“Yeah, thanks.” He is so much cooler than I thought he was at first.

J: Welcome everyone. Today we will be discussing the Winter Folder.

J2: He is dangerous. But we can turn him to our side.

J: Yes, he already had the trust of the OrigAvengers.

J2: Perfect. Anything else?

J: No. Just keep an eye on him. Meeting adjourned.

Clark: wow will is awesome

Jessica: ik but can we trust him?

Jesse: what if hes working with T.H.A.N.O.S?

Jesse: wat? he could be.

Will Riger has joined the chat

Cal Largent has joined the chat

Cal: Lane gave me the link

Spider-Fold has joined the chat

Andy: cal did u make it

Spider-Fold has been banned from the chat

As you might or might not know, F.O.L.D. sort of reformed, and I was made the director! Anyway, I was walking down the hall when I saw Will.

“Hey Will!” I knew him from elementary school and was thrilled to see him again. “Listen, I have a question for you.” I said.

“Would you like to join F.O.L.D? We don’t have many members and we need more members.”

“Sure!” he replied, “And I have a question for you, you want to go see the new Star Wars movie?”

I blushed. I’ve actually had a crush on him since first grade. “Okay.”

I can’t believe something Tilly texted to me today. She had a date. WITH WILL!!!!!!!! It just blew my mind.

Andy: Tilly got a date. WITH WILL

Tilly and I went to see Star Wars 9. Honestly, it wasn’t the best star wars movie but it was still fun. Afterwards, we talked for a bit and exchanged phone numbers.

J: Are you sure you can hypnotize him?

S: Yes. I shall give him the full treatment.

J: What does that mean?

S: That means once you say the code words, he gets hypnotized without having to swing the watch

S: You shall obey J and me whenever you hear the words ‘Holy Guacamole’

W: I shall obey J and you whenever I hear the words Holy Guacamole

W: I shall attack Clark Largent and steal Iron Fold

So I was just walking down the hallway with Iron Fold when I saw Will jogging towards me with Winter Folder on his finger.

He tackled me and immediately grabbed my Iron Fold.

Fortunately, a F.O.L.D agent,(F.O.L.D sort of reformed again with Tilly as the director) saw me and ran to get the rest of the crew. Unfortunately, Will managed to grab Iron Fold and ripped in it half. I got so angry that I punched him in the nose. Hard. He passed out. Tilly and the rest of F.O.L.D arrived on the scene.

“Look what’s in his hands!” Tilly carefully knelt down and saw Iron Fold. Ripped into shreds.

I woke up in a dark room with a bunch of laptops everywhere. “Where am I?” I tried to get up but I found that I was tied to a chair. Tilly walked over to me with a frown.

“I can’t believe I actually trusted you.”

“You attacked Clark and ripped his Iron Fold into shreds. That’s what.”

I was bewildered and quickly replied “I would never!”

“But you did, we even have video proof! Also, I’m breaking up with you. Sorry not sorry.” Then she hit me on the head, causing me to pass out (again).

“I knew I shouldn’t have trusted that scumbag! I just knew it!” Clark yelled.

“Will’s not the bad guy!” Andy yelled back.

“If you guys are gonna keep doing this, I quit.”

“Me too” Laura mumbled.

“I am sorry friends, but i must quit as well” said Dove.

To be continued, in